Hi all! I am in love with painting shutters! This is my latest project and I had so much fun doing it. Yes, it was challenging painting on louvers, but very doable. I tried to put a template on it to save time but it wouldn't transfer properly so in the end, it was just good ole eyeballing it and free handing the letters. 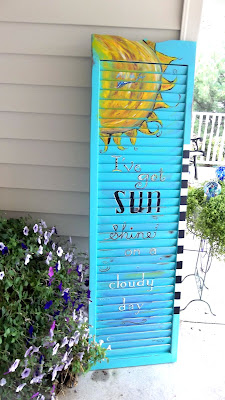 I started out with just a plain brown painted shutter, and I thought I had a picture for you but of course it is in my intricate filing system with a thousand other pictures!  So just imagine taking the shutter, cleaning all the spiders off it...'cause it was stored in the garage, and sanding it good so it was fairly smooth. The paint that was originally on the shutter was very rough and bubbly, so I wanted most of that smoothed out.   I used a mixture from Pinterest for homemade chalk paint and was actually pretty pleased with it's adhesion. This recipe will be very grainy when applied and has to be resanded, but actually it smooths out quickly with a good buffing. I paid special attention to areas I would want a worn look and distressed them through to the wood. 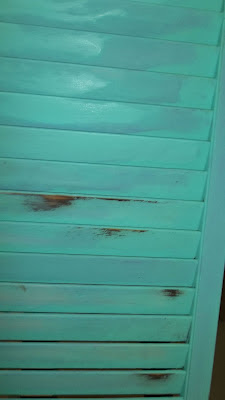 After I sanded it, I loved the color so much I set it on my porch behind some flowers for a little pop of color.   This resulted in some water discoloration . :( Booooo...   But it's one of those things, I knew it would discolor from the water,  but I just loved the color so much and was having company and wanted that bright pop of color and yada yada yada, so it was no surprise that I would need to retouch.  Kinda wanted to see how the chalk paint would hold up too.

The next step was to put it on a large easel which I LOVE (thank you Hubby dear!) and start retouching the paint where the water had discolored it, or I wanted the paint brightened just a little. I used plain craft art  paint from the craft store, the same color I had used for the base in my chalk paint. I did this, because I wanted the coverage but did not want to have to sand the chalk paint again, this paint would go on smooth.
The shadowing and paint difference you see is from a purple wash I made out of watered down paint,... very watered down... and started applying to the main center part of the shutter to give it some shading. 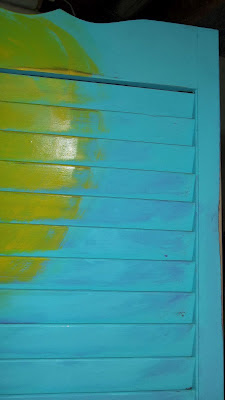 I started with my sun. Yep, just start painting a partial circle.

This what it looked like with some other shadings added to the sun, and the lettering was next. 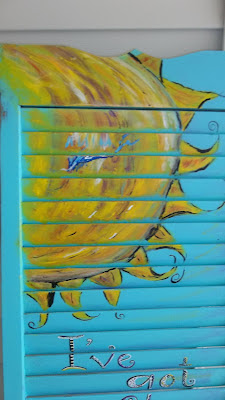 For the font, I played around on the computer for some fonts I wanted together and then just started painting the "I've got" in my own writing because I couldn't decide what I wanted, ....what I wanted was just to start!! 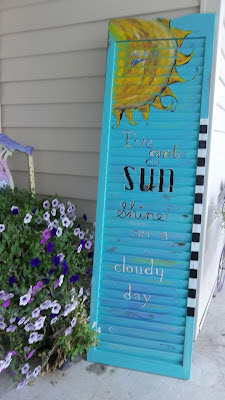 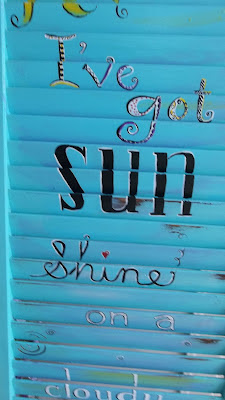 After the first two words, were on..... I decided maybe I should look at the  font guidline...and follow it somewhat!  SO for the rest of the words I looked at my guide, but all in all I like the free spirited way it turned out. I outlined the letters but not on both sides, except for the  "on a" ....more of a shadow outline. If you outline them on both sides, they look more like baloon letters. 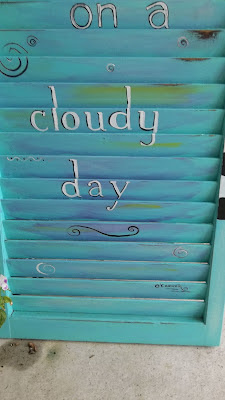 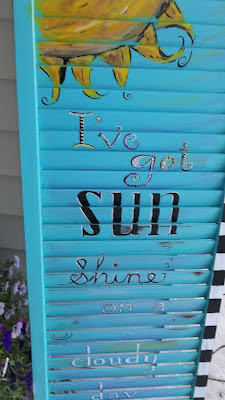 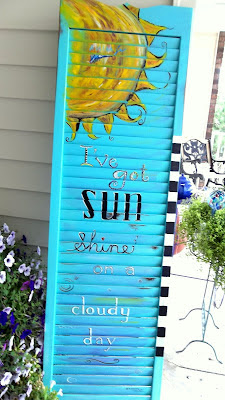 It looked good on my porch but of course I took it to the gallery for my display.  I think I need to do one that is just for me though, don't cha think? I like the pop of color on that corner.

Any questions, just email me. Have you done any shutters? I would love to see them. Email me a picture at csoconnor1@gmail.com

By the way, I have had 2 more shutters that I also took to the gallery along with this one, and they sold (!!!)before I even got them in the display, but that's another story for my next post, so stay tuned.
Ta ta for now.
Carolyn
Posted by Carolyn OConnor at 1:54 PM 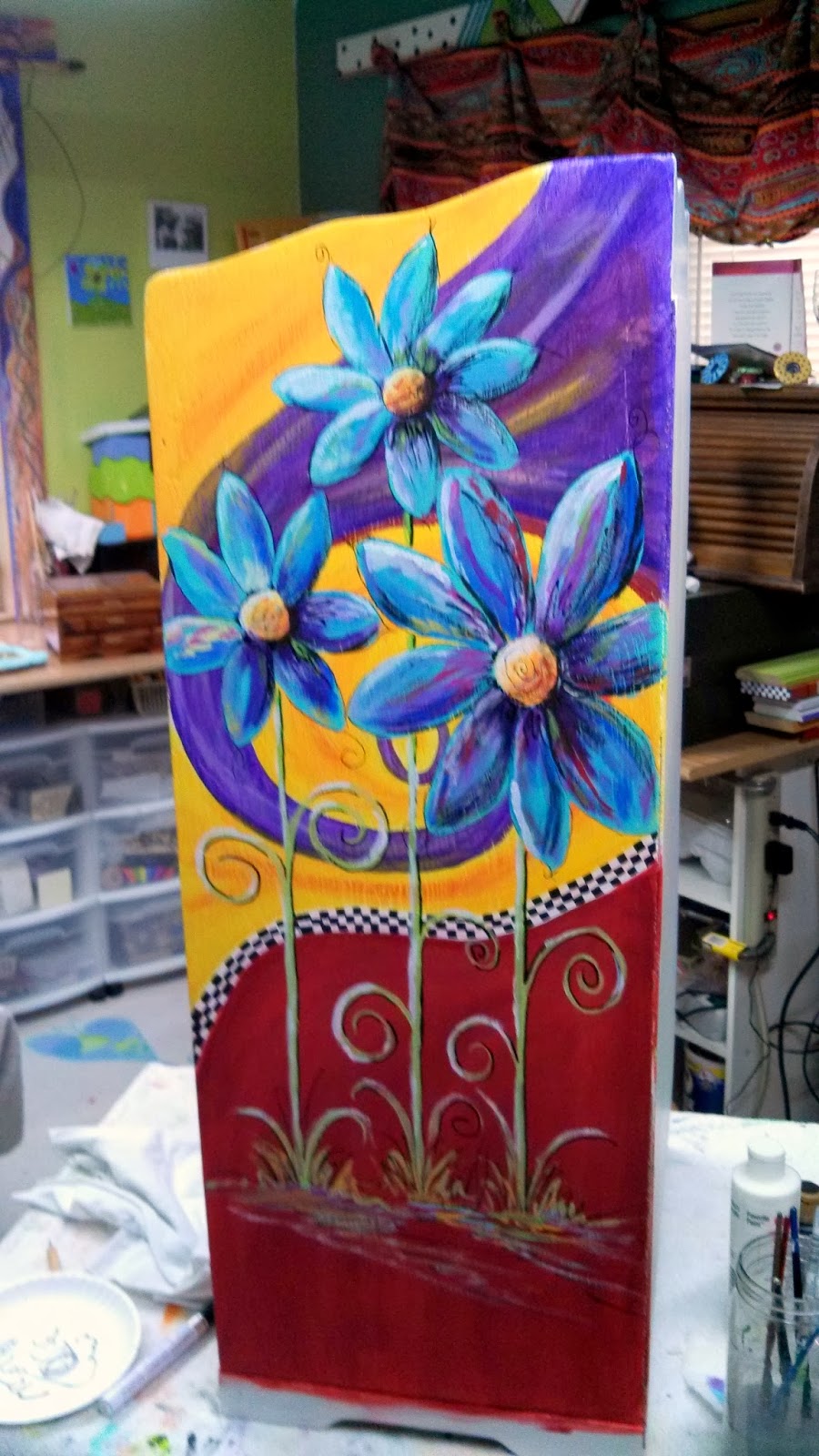